Roller bearings are used wherever high load capacity and high rigidity are required. An example of this is the pivot axis of a pallet changer for large CNC processing machines or special devices in medical technology.

From time to time, our technical consultants come across applications that would be of interest for Franke bearings, but can not be solved with the existing series due to the high load ratings. In future, the new LEW roller bearing element and the associated LVG bearing assembly can be offered here.

Roller bearings use rollers instead of balls as rolling elements. In contrast to balls, rollers have a larger contact surface between the rolling element and the running wire. Larger contact surfaces can accommodate larger loads and thus increase the load capacity of the bearing by up to 50% compared
to ball bearings. Due to the crosswise arrangement of the rollers, the same high loads can be absorbed from all directions.

We differentiate between two variants of the cross roller bearing: 1-row bearings in which the rollers are alternately arranged crosswise or 2-row bearings which are fi lled with twice the number of rollers . The standard series Type LVG with aluminum housing has a double row design and has been adopted in KKØ 200, 300 and 400 mm in the Franke standard product range.

The LEW7 bearing element is already being used in a ceiling lamp for the suspension of a large X-ray unit (see below). High load capacity, small mounting space and low rotational resistance are the featured product advantages. The strongly dimensioned bearing element can also compensate any lack of rigidity of the enclosing structure. 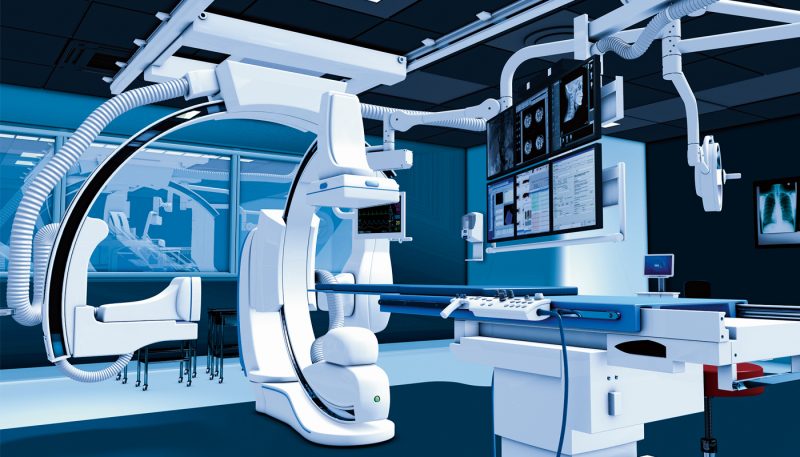 EVERYTHING YOU NEED TO KNOW ABOUT FRANKE DIRECT DRIVE [...]

BUILD YOUR OWN DIRECT DRIVE

BUILD YOUR OWN DIRECT DRIVE BEARING CAMPAIGN IS NOW [...]

BEST WISHES FROM OUR TEAM TO YOURS [...]